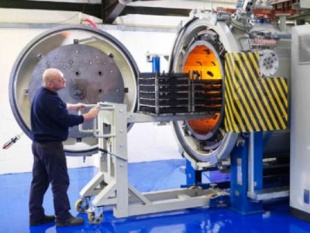 The General Industrial business, which represents almost 40% of group revenues, experienced a broad based recovery after over three years of decline, the company said.

Its growth strategy of bolt-on acquisitions and greenfield investment contributed 5.5% of the 8.3% constant currency growth and investment in new projects has been stepped up.

Stephen Harris, group chief executive, said: “Bodycote achieved strong revenue growth in the first half, with good momentum in virtually all parts of the group.”

He added: “The high margin Specialist Technologies continue to perform strongly and the margin expansion programme in European AGI is seeing further success.

“The positive momentum achieved in the first half is expected to continue. While our business, by its nature, has limited forward visibility, the Board now expects the full year result to be towards the upper end of market expectations.”