MP drops in to Drop-In AGM 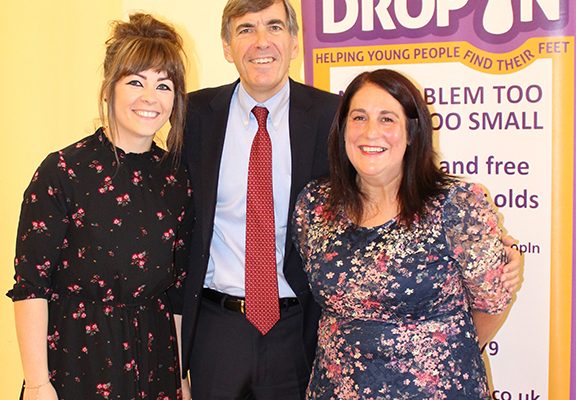 David, who is Just Drop In’s Patron, made the opening remarks at the AGM, and praised the charity for its outstanding achievements over the past year. The hard work, dedication and enthusiasm of its team of volunteers and staff saw the charity recently receive the Queen’s Award for Voluntary Service, in recognition of its consistent support for young people who are feeling isolated or under pressure to find their feet.

As well as celebrating a remarkable year for Just Drop-In, the AGM was an opportunity to look to the future. David was pleased to learn more from staff members, including Team Manager, Ann Wright, about the charity’s exciting plans for the year ahead, such as how it will continue to respond to the growing interest in its services, and promote support for the important Emotionally Healthy Schools initiative.

Speaking after the event, David said, “It was great to once again join the volunteers and staff for the AGM, and to look back on an impressive year for Just Drop-In. I am proud to be the Patron of this excellent local charity, and look forward to continuing to support its vital work offering guidance and counselling to local young people in the years ahead.”

Share this...
Related Items
← Previous Story Pool company makes a splash in Bollington
Next Story → Should Weatherspoons be ashamed?