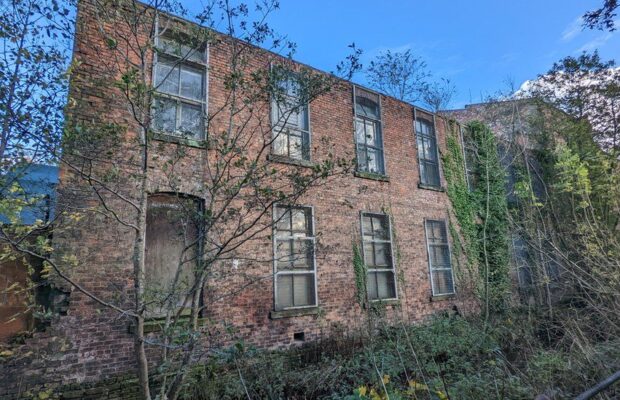 Dead pigeons are “piling up” behind steel mesh covering windows at a disused mill, the RSPCA has said.

The birds have flown in to the gap where the windows have been sealed off at the mill on Black Lane in Macclesfield and become trapped.

The charity said there were live birds stuck on top of dead birds and it was “not very pleasant at all”.

RSPCA inspector Caren Goodman-James said it was an offence to leave the birds “to their fates.”

She said the building’s owners had been contacted, but callers to the charity feared “the body count of dead birds will rise if no action is taken”.

At least 10 birds have been counted at the building, which is near the new Barracks Mill retail development, with about six dead birds lying beneath them.

“It may be that the work that has taken place at the new retail park has [led to] the windows being left open or it may be that someone has broken into the mill, but the birds are being drawn inside”, Ms Goodman-James said.

“The pigeons are flying through an open window and dropping down the back of the mesh.

“There are live birds on top of dead birds – it is not very pleasant at all,” she added.

More than 1,600 reports were made to the RSPCA about birds trapped in or behind netting in 2021.

Trapped birds can suffer a long and painful death from injury or starvation, the charity said.